The Olympics may be over and all of the athletes are heading home, but that doesn’t mean we can’t reminisce in some of the most memorable moments in the pool at the 2016 Olympic Games.

10. Simone Manuel swims her way into the history books – Simone Manuel from the USA, made history by tying with Canadian Penny Oleksiak for first place in the 100-meter freestyle. This is the first time an African American has won an individual gold medal in swimming.

9. That Synchronised Swimming Video – We won’t say anything about this, just have a look at the video for yourselves. https://www.youtube.com/watch?v=hdG9H0U_GZ0

8. When the pool went green… – We all noticed when the Olympic diving pool started to turn a lime cordial shade of green and speculated what on earth could have happened. A contractor added hydrogen peroxide to each of the diving and water polo pools, they have become the butt of “swamp” jokes among millions of spectators in the stands and those watching on television.

7. Mack Horton Raises our hopes on Day 1 – Hopes were high on day 1 of the Olympic Swim meet, and Mack Horton didn’t let us down. The 20-year-old swam an excellent 400m freestyle final to win gold from Sun Yang, then throwing shade at the Chinese star for his history with doping ban. After weathering the social media backlash storm, Horton came out on top, getting ghte Australian Olympic Committee’s full support.

6. Katie Ledecky’s unbeatable speed – We may have to rethink the notion that every swim even comes down to pure seconds. While Katie broke the world record for the women’s 800m freestyle, we couldn’t help but be amazed when she finished her race with no other swimmers in sight.

Katie Ledecky, pictured with the 7 next best swimmers in the world. pic.twitter.com/3C08xu9DL7

5.  Kyle Chalmers Olympic Win – The first Aussie to win since 1968, South Australia was cheering when Chalmers clinched the gold medal in a surprising come-from-behind race after turning in 7th position, but taking home the gold. At only 18 years old he has become the youngest individual gold medallist at an Olympics since Ian Thorpe in 2000.

4. #Phelpsface – If there’s one meme that defined the competitiveness of the Olympic Games, it would be Michael Phelps glowering in a corner. Twenty-three gold medals and now the most meme-able moment of the Rio games, achievement is an understatement. 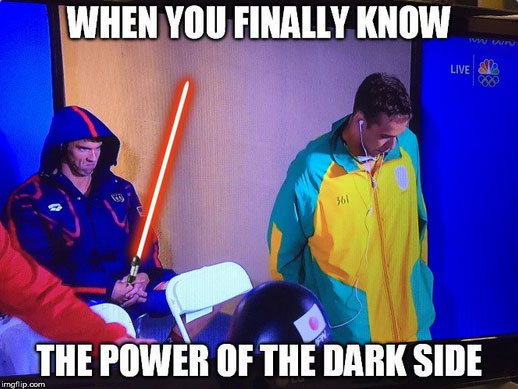 3. Fu Yuanhui – Fu has changed the opinions many have held of Chinese athletes – her bubbly personality and facial expressiveness meant we couldn’t help but smile when seeing her on TV. On August 8th, she finished third in the final of the women’s hundred-metre backstroke, finding out from a reporter after the race that she had won bronze. She doubled over in joy. “Whoa, I was so fast!” 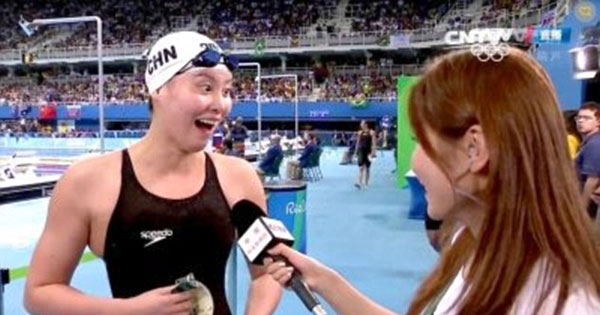 2. Sisters are doing it for themselves! – Not only did make Horton have us seeing gold, so did the women’s 4x100m freestyle relay squad. Anchored by the Campbell sisters Cate and Bronte, and featuring Emma McKeon and Brittany Elmslie, they glided to victory on the first day in world-record time, defending the gold won at London 2012. 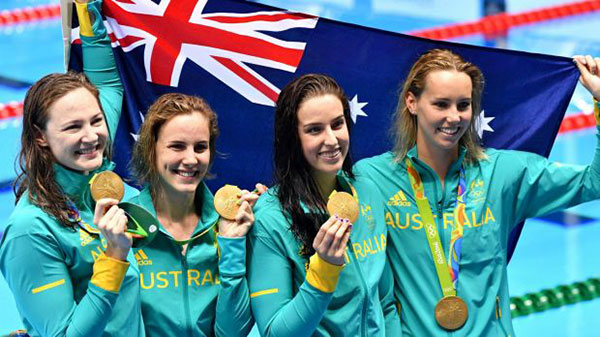 1. The man, the legend, possibly part dolphin – The Rio Olympics are going to be remembered as the Olympics that 2 superstars of track and pool retired, but not without having their final moments of glory. Michael Phelps underlined his status as the King of the Olympic Pool. He won five more gold medals to bring his total to 23, more than any other athlete in history. It brought a tear to our eyes watching him move through the crowd of photographers to see his son after the 200m butterfly final. What else could be number 1! 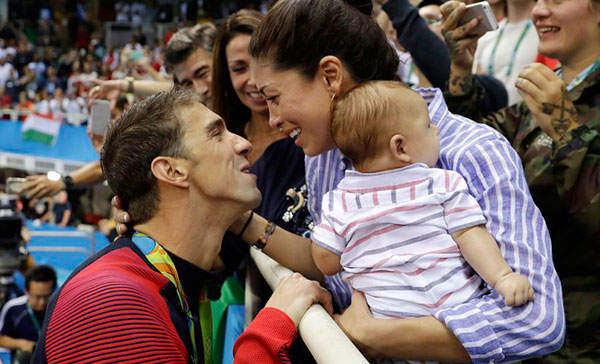 There you have it, our top 10 moments from the Rio 2016 Olympics, what will Tokyo have in store…

About the Author: Antony Holling